Self-reinvention: the Mayor of Khmelnytskyi becomes a yard-keeper, and the Mayor of Chernivtsi hits off a trolleybus check-taker 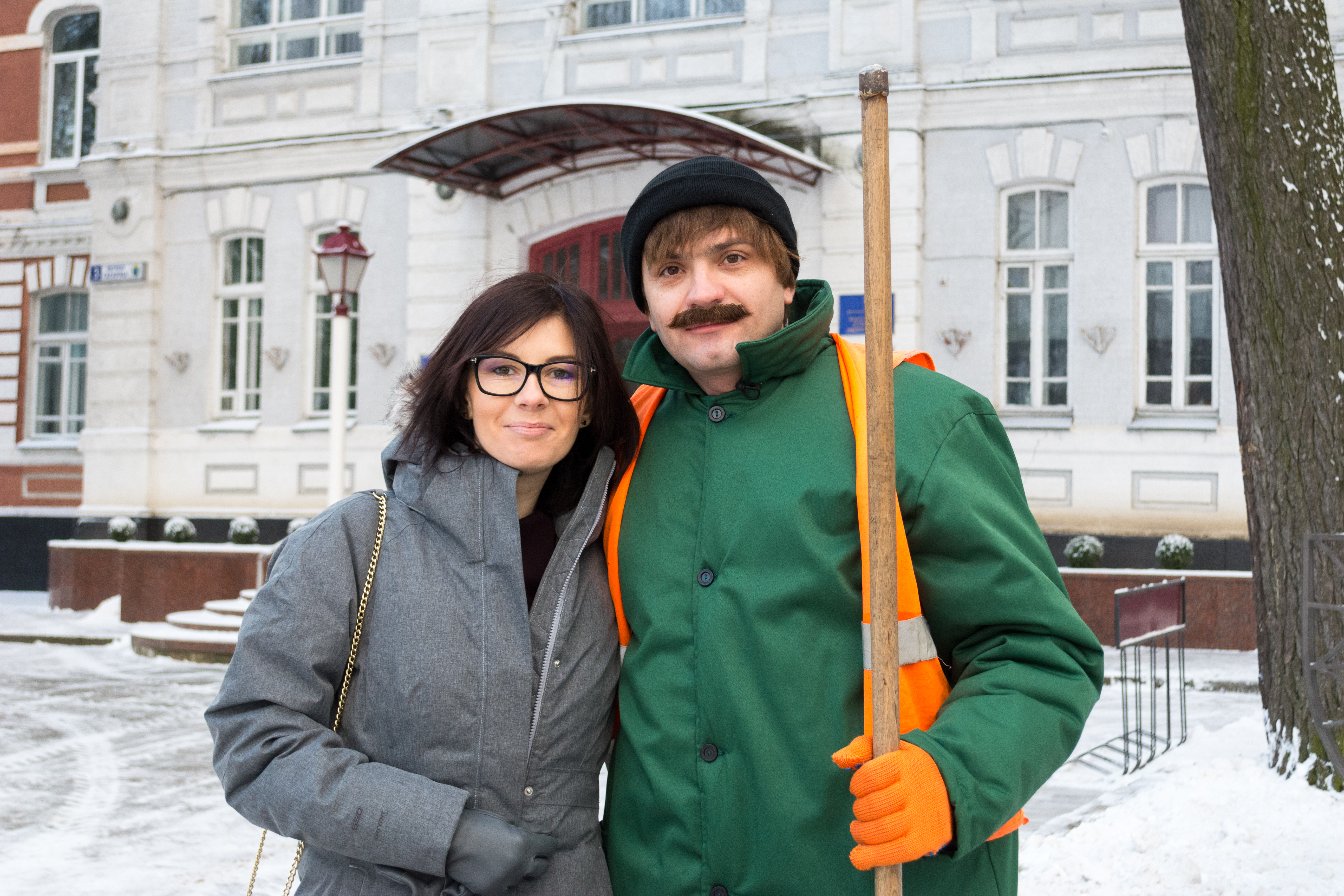 The Mayors of Khmelnytskyi, Zhytomyr, Chernivtsi, Dolyna, Trostianets and Glukhiv joined the special project “Undercover Mayor” and lived one day as ordinary citizens. Six city leaders dared to disguise and dive into the crowd to find out the people’s opinion regarding the mayor’s office work.

The experiment concept was brought by Iryna Ozymok, the founder of the International Mayors Summit, which was attended by more than 150 city mayors in November 2017. “During the Summit we saw that the mayors are open to cooperation and are willing to change their cities. However, according to the International Republican Institute, only 1.5{906ca28f7ab3030e064897f03a18ab97e397a58ee19ca0ec033f5ecb2537e8e4} of the residents of 24 cities rated the mayors’ offices work as excellent in 2017. People are often afraid to speak frankly about their concerns, and that is why we have created a special project “Undercover Mayor” which will allow mayors to learn their citizens’ feedback on their work in course of the personal interaction”, said Iryna Ozymok.

Yurii Bova, who’s been heading the Trostianets City Administration for more than 13 years, became a grocer for one day. The citizens thanked the Mayor’s team for the tourism development, but drew his attention to the weak tourist infrastructure.

The Mayor of Zhytomyr Serhii Sukhomlyn became a nursery teacher. While mastering a new job he talked with parents and helped the kids. The adults pointed at the lack of quality children’s playgrounds in the city.

Volodymyr Harazd, the Mayor of Dolyna, turned into St. Nicholas to wish the citizens happy New Year’s holidays. Enjoying a role of the saint, the Mayor considered the appeals regarding parking violations.

Michel Tereshchenko, the Mayor of Glukhiv and the descendant of the Tereshchenko philanthropist family, became a French teacher: “The youth abandon Glukhiv, and it is a tragedy for our city. That is why I was eager to chat with students and grasp their mindset. I have been trying to illustrate that education is crucial for their future and that we can develop the city together”. From now on Michel Tereshchenko delivers one lecture for students weekly during his lunch break.

City Mayor of Chernivtsi Oleksii Kaspruk worked as a check-taker in the trolley bus №4. The Mayor put on a mustache, and started selling tickets to passengers concurrently asking them what they were thinking about the Mayor’s Office performance. Most people did not recognize the Mayor and willingly shared their dissatisfaction with the road surface condition.

Olexandr Symchyshyn, the Mayor of Khmelnytskyi and a part-time Deputy Head of the “SportLeader +” football club became a yard-keeper. “I was surprised when I met our Mayor on the street,” says Yurii Podlesniuk, a citizen of Khmelnytskyi. – “Although it is always possible to reach him both directly and through social media, I took my chance: I pointed out that some streets are not cleaned, and drew the Mayor’s attention to the development of the bicycle utilities in our city.”

The special project proves that a mayor must cooperate with citizens in order to solve urgent problems and improve a city. Starting from January 29, the seriality “Undercover Mayor” will be screened daily as part of the evening TSN news on the “1+1” TV channel at 7:30 p,m.